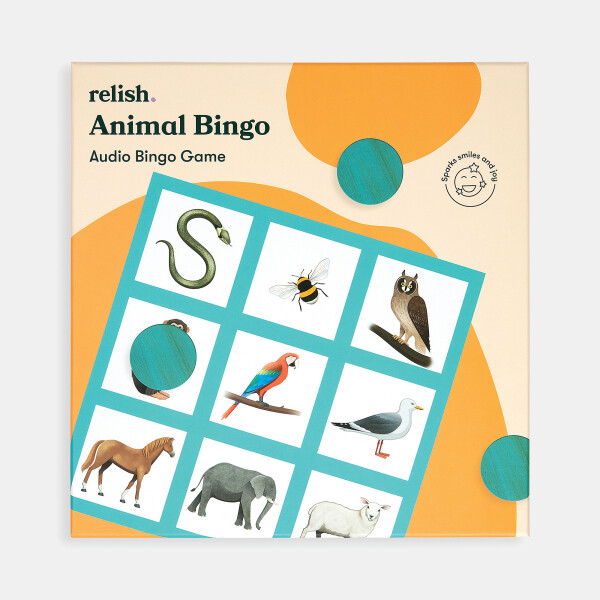 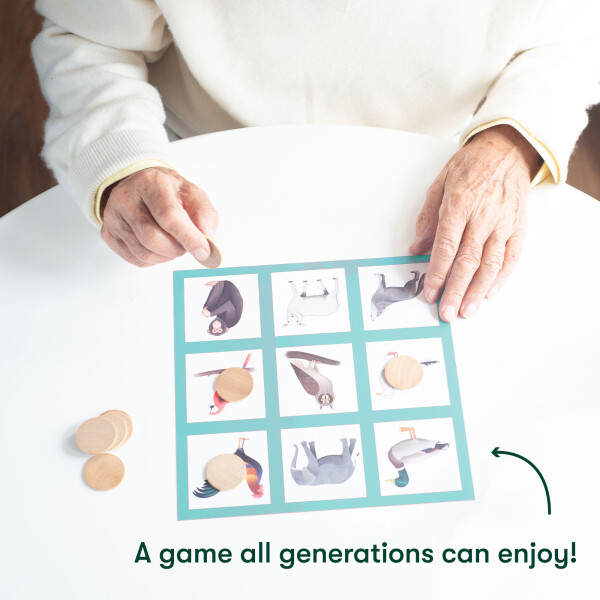 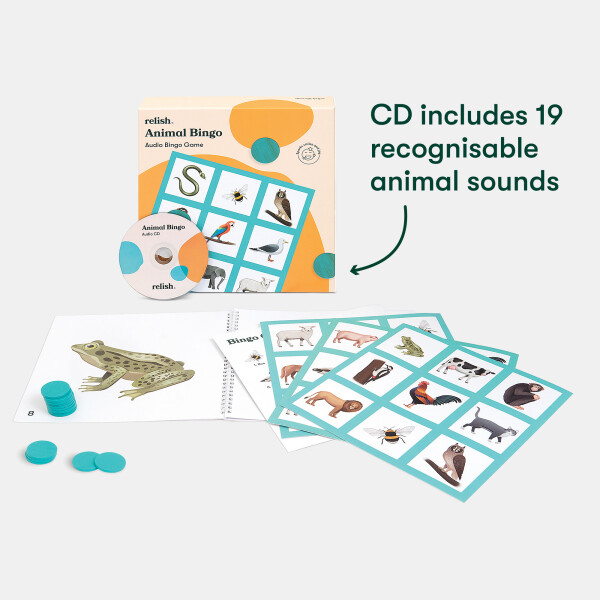 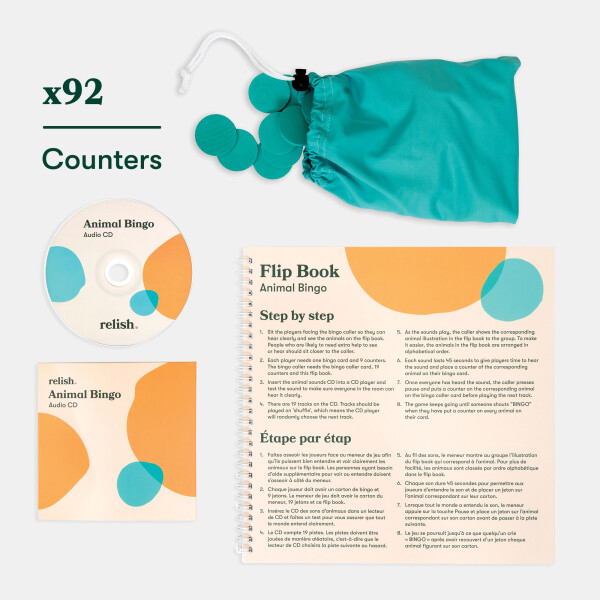 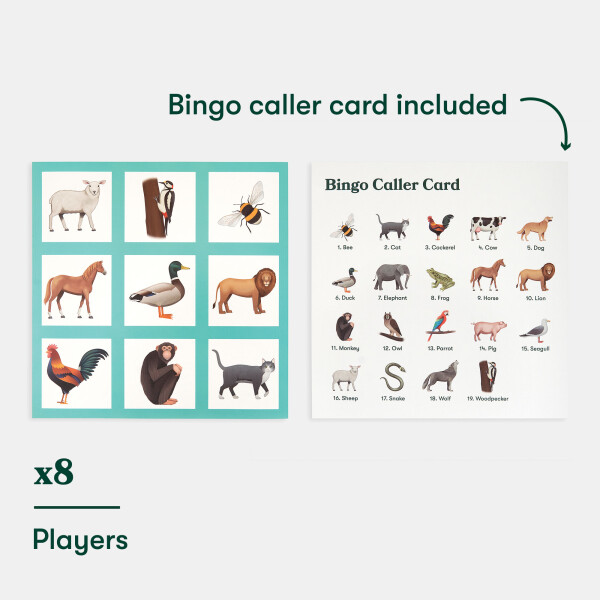 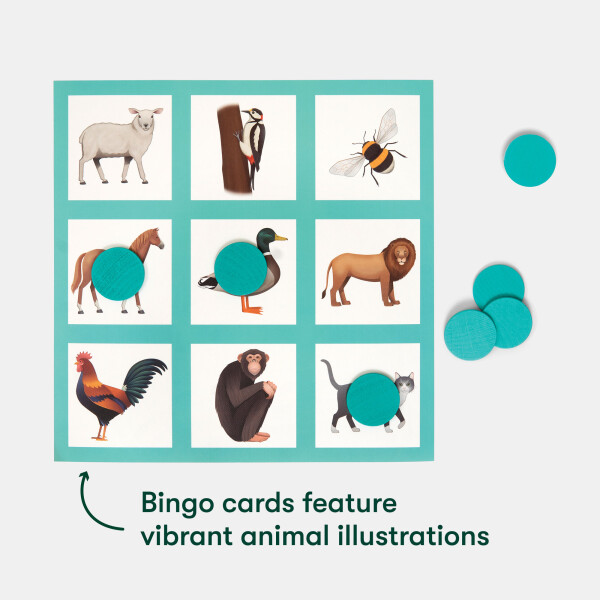 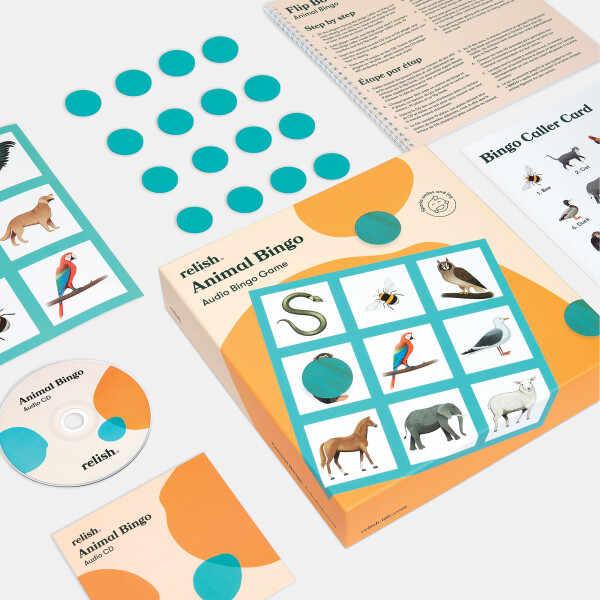 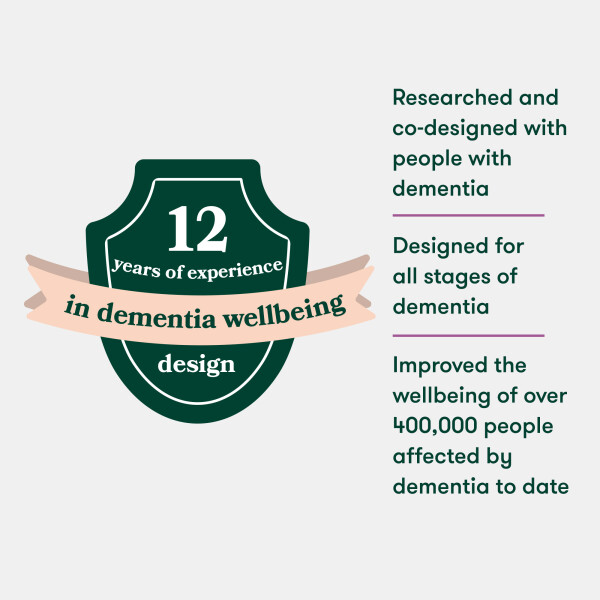 Find your stage
Delivery options
About our product & how it works

Animal Bingo, a game designed for people with dementia, takes you to the farmyard and into the wild! Gather a team of up to eight, plus a caller to play the animal sounds, until the first person with a full house cries “Bingo”! Ideal for a family affair, Animal Bingo is a game everyone is sure to love including children!

Designed and researched alongside people with dementia, this card game features authentic animal sounds and beautifully illustrated cards instead of numbers, so that it’s accessible for people in the later stages of dementia. It’s the little details that have the biggest impact.